The Arts department had a busy half-term in the run up to Christmas. On 5th and 6th December, forty Shirebrook Academy students took part in our annual London residential. After an early start we arrived at Harry Potter studios in Watford for a tour of the famous sets and props, including the Great Hall resplendent with its Christmas decorations, the Forbidden Forest and Gringot’s Bank complete with fire breathing dragon! After checking into our hotel, we headed to Covent Garden for a meal at Pizza express before walking through the West End to see the fabulous Lion King. On our second day we had a tour of the Tate Modern and explored it’s plethora of thought-provoking artworks before exploring the South Bank, sightseeing and shopping in Covent Garden. A fine time was had by all! 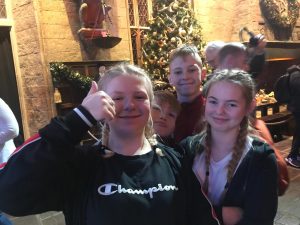 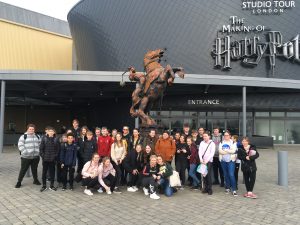 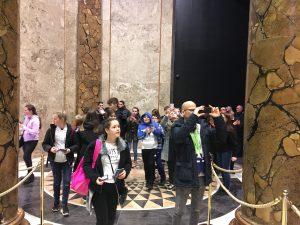 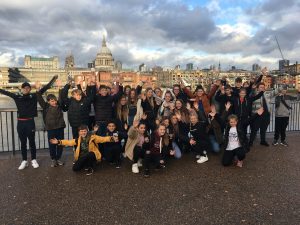 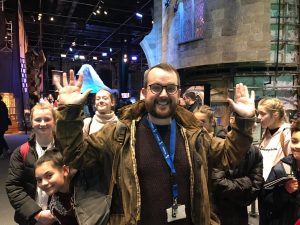 The penultimate week of term was our annual Arts Week in its new winter window. The Atrium was transformed by the Academy’s art elves and was decked with an array of handmade decorations, trees and crafts including a flying sleigh, Saint Nick (Freer) and reindeer. During the week we magically created Narnia in a wardrobe, created pinecone creatures and had an array of musical performances, including our wind band, staff singers, a solo violinist and student/staff wind ensemble. A wonderfully wintery way to end the year. 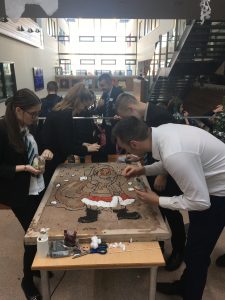 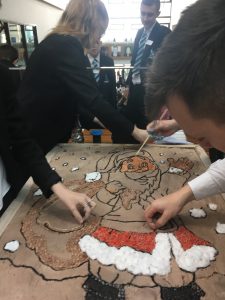 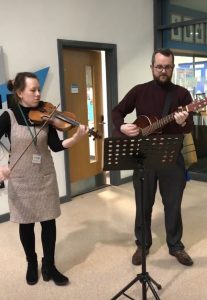 On Friday 13th December The Shirebrook Academy Wind Band, Singing Group and year 11 singers joined students from our Feeder Primaries for our annual Christmas Carols In The Market. Around 100 student in total braved the cold to spread some Christmas cheer to the good people of Shirebrook by singing an array of carols and songs including such classics as Jingle Bells, Frost The Snowman and Mary Had a Baby. The festive singing was segmenting by now traditional reading of the Night Before Christmas.

Following our carol service, the Wind Dand then travelled to Dobbies Garden Centre to perform more carols to the festive shoppers and raised £35 for the charity Mind. A Merry Christmas to all and to all a good night! 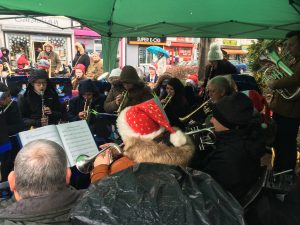 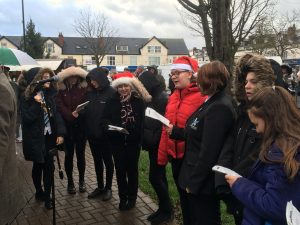 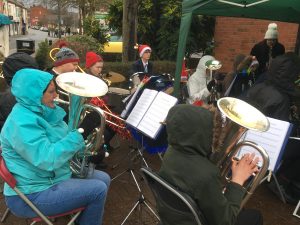 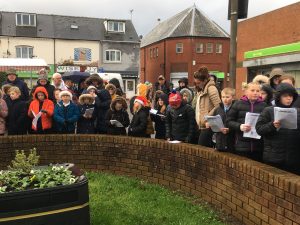 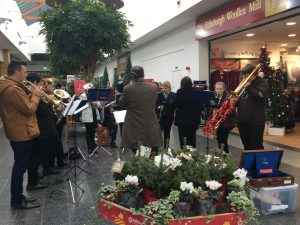 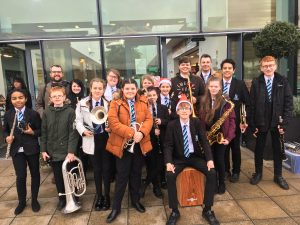 To celebrate the 50th anniversary of the moon landings, the Arts department at Shirebrook Academy went interstellar this year for their annual Arts Week with the theme of Space(d).

The atrium was transformed by a suspended hand-made solar system, space rocket, stars, astronaut, banners and murals. The lesson bells were changed to play spaced themed music including Ricard Strauss, The Beastie Boys and of course, David Bowie. During form time students were encouraged to engage in a competition to make eco-friendly scrap paper origami rockets and space sculptures using nothing but rubbish. The week also featured an array of events and activities organised by the department, beginning on Monday with the creation of our space themed well dressing. This ancient Derbyshire tradition was given a modern twist with a science-fiction scene created using natural materials set in clay.

On Tuesday our talented art teachers and students began a large-scale alien inspired artwork in the atrium entitled ‘Atrium 51’, the students were fascinated to see the eerie scene come to life as the piece developed.

Wednesday saw a plethora of activities and performances; at lunch the artwork continued, accompanied by an unusual soundscape – Steve’s Reich’s Pendulum Music, this experimental composition is performed by manipulating electronic feedback by swinging microphones suspended over speakers. Whilst we don’t expect it to be in the charts any time soon it certainly added to the spacey atmosphere!

Wednesday evening featured our Summer Showcase Concert and Art Exhibition, our talented Shirebrook musicians performed brilliantly to a large and appreciative audience of parents and members of the community.

Our science teachers joined in the festivities on Thursday by running an astronomy session on the field using special filters to observe and track sun spots. Meanwhile our special guest DJs were spinning the disks in the diner and taking spaced-themed requests.

The week drew to a close on Friday with a special eco-friendly percussion workshop where students built Taiko drums using old car tyres and parcel tape before composing rhythms to perform as an ensemble at break time. The instruments sounded fantastic and were played expertly by our year 7 percussionists. Friday lunch featured an impromptu jazz-fusion performance by our music teachers followed by an exceptional contemporary dance performance by Shirebrook alumni James Murphy and local dancer Lucinda Buckley. Their self-choreographed pieces wowed the large number of students who gathered to watch. 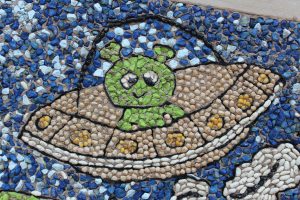 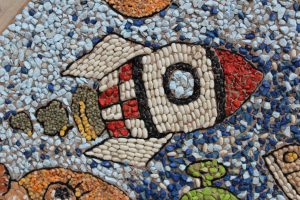 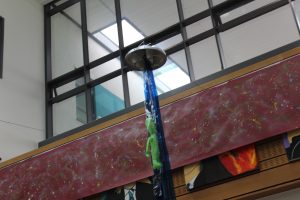 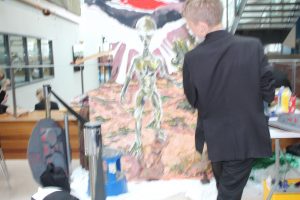 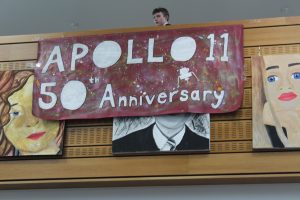 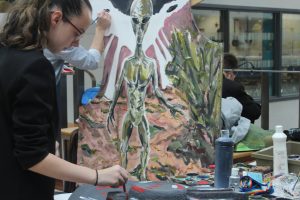 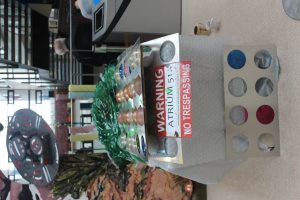 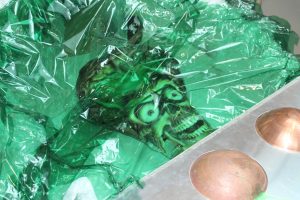 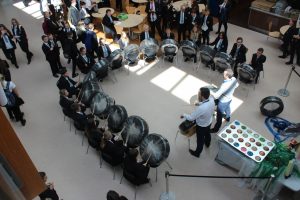