There have been a number of changes to GCSE courses and examinations over the last few years. The following provides you with some information on the key changes.

Explaining the new GCSE grades; comparing these to the “old” ones 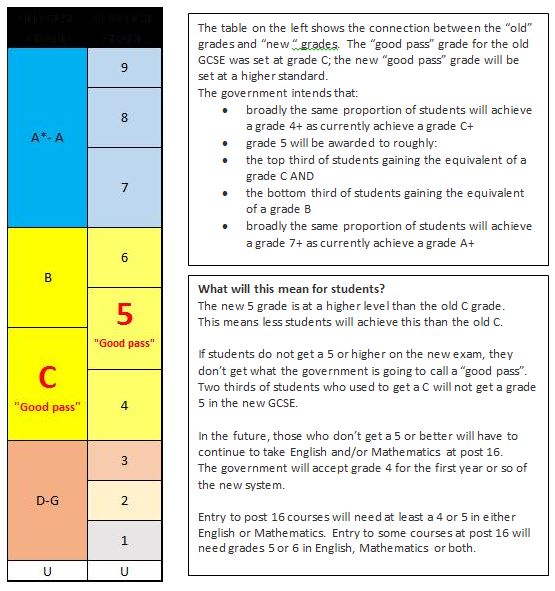